So, I think thisone need an explanation or people will fly with their minds ;-)

I went to Bjork concert on september 21.
In the last album she has this colorful make-up like a circus juggler. Also, in the concert, her and her band had make-up and costumes.
So, this girl with tattoes, is thought as a scenograpy concept that I had during that concert.
Posted by Morena P 2 commenti: 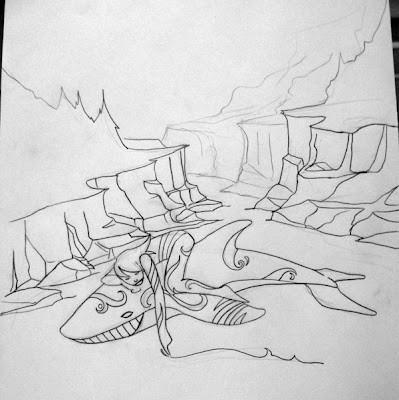 wip for canvans, when I'll get a little of time. Inspired by the trip in tradoussac on august 10th.
Posted by Morena P 2 commenti: 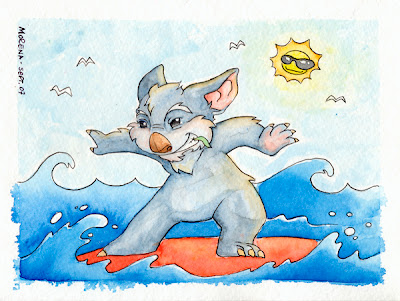